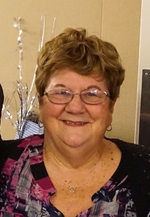 Camilla “Carroll” Gardner Levien passed away on September 4, 2019. Carroll was born on February 8, 1946 to James and Elizabeth Gardner. She grew up on her family’s peanut farm in Suffolk, Virginia with her parents and brother, Jimmy. After graduating from the College of William and Mary in 1968, she married Henry “Hank” Levien, leaving the small town behind and traveling the country as a Navy wife. She and Hank moved between duty stations from Virginia to California for the next 26 years raising their four children, Peggy, Alan, Andy, and Matt.

For the last 39 years, San Diego has been her home and her kindness, generosity, and dedication to helping others has reached far into the community. In addition to being an amazing wife, mom, and grandma, Carroll loved helping others. Beginning in 1975, when Hank was aboard the USS Frederick, she began to take on leadership roles supporting his career by coordinating the events, support, and activities with the navy wives and dependents of the men aboard the ship. This continued with the USS John Young and other duty stations until Hank retired. In the early 1980s, she also began volunteering at Navy Relief Society, St. Therese Academy, and St. Dunstan’s Episcopal Church. She worked many years as a volunteer coordinator at St. Dunstan’s and then at Episcopal Community Services (ECS), before “retiring” to be a full-time volunteer. Over the years, Carroll has served on the vestry at St. Dunstan’s Episcopal Church, on the alter guild, as a lay reader, chalice bearer and much more. At ECS, she sat on their Fundraising Committee and co-chaired the “Water to Wine” gala in 2014, in addition to, working with ECS Emergency Assistance Program and Julian’s Anchorage. At the time of her passing, she was the Acting Director of Lay Ministries at St. Dunstan’s, on the Board of Directors at ECS and liason to their Head Start Programs, served on the standing Committee of the Diocese of San Diego and the Head Start Policy Council, and was the Treasurer of the Episcopal Church Women. She was an active member of the Order of the Daughters of the King and a Stephen’s Minister, providing prayer and support to all who needed it.

She has been happily married for over 51 years and is survived by her husband, Hank Levien; daughter Peggy, her husband Jim and grandchildren, Allison, Bridget and Claire; son Alan, his wife Tricia and grandchildren Riley and Flynn; son Andrew, his wife Jenni and grandchildren Alyssa, Ashlee, Cody, and Kylee; and son Matt, his wife Sara and grandchildren Nathan and August; her brother Jimmy and his wife Barbara. She is preceded in death by her parents. In lieu of flowers, donations may be made to: Episcopal Community Services (www.ecscalifornia.orgor ECS 401 Mile of Cars Way, Suite 350 San Diego CA 91950).