To share your memory on the wall of Mildred Stern-Wotring, sign in using one of the following options:

To plant a memorial tree in honor of Mildred Stern-Wotring, please visit our Heartfelt Sympathies Store.

Receive notifications about information and event scheduling for Mildred

We encourage you to share your most beloved memories of Mildred here, so that the family and other loved ones can always see it. You can upload cherished photographs, or share your favorite stories, and can even comment on those shared by others.

Posted Oct 11, 2019 at 03:49pm
I am so thankful I knew this wonderful woman. I’m so sorry and sad I can’t be there Monday to celebrate her wonderful life with all of you. Please know you’re in my prayers and I will be thinking of you. Blessings, Sara Mulford
Comment Share
Share via:
A

Posted Oct 01, 2019 at 03:20pm
Grandmomma - I will always remember feeling safe and loved. I will eat my pancakes with jelly on them and always order the soup. I will save all the good gift bags for future use. I will love our family like you loved our family; fully and with understanding. I will do what you told me to do the last time we saw one another, "Live a good life."
Thank you for everything Grammie. I love you.
Comment Share
Share via:
SC

Posted Oct 01, 2019 at 01:08am
Millie will be sadly missed. She was a beautiful person inside and out. I will always remember her wonderful laugh and the wonderful times with her at St. Albans & her love for all. Hugs to you Eric and Pam and all the rest of the family.
Comment Share
Share via: 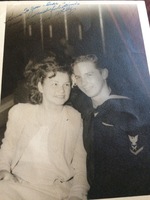 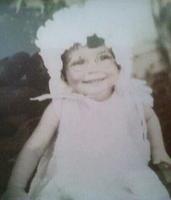