To share your memory on the wall of Robert Breidenbaugh, sign in using one of the following options:

Provide comfort for the family of Robert Breidenbaugh with a meaningful gesture of sympathy.

He married Janet Ray Willis in May 1960 and they moved to California in 1962 where he served 35 years as a bridge engineer with the California Department of Transportation, supervising the construction of several prominent bridges in southern California. His wife, Janet, preceded him in death in 1991. His children, Mark and Hyla, remember him as the consummate pillar of consistency, who provided a steadfast, secure, and godly home.

He married Anna Lee “Tommie” (Binkley) Mehrtens in 1995 and enjoyed an enviable retirement lifestyle in Escondido, CA where they were active in church life, family, and a wide circle of cherished friends.

Visitation is 4 pm to 8 pm Friday, October 18 with funeral at 10 am Saturday, October 19 with William Breidenbaugh officiating. All at Harris Funeral Home 705 Walnut St, Petersburg, IN 47567. Graveside service will follow at Martin Cemetery near Glezen.

In lieu of flowers, the family asks you to consider a donation to the American Cancer Society or similar.
Read Less 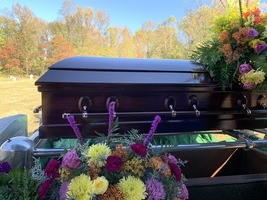