To share your memory on the wall of Emma Roehrich, sign in using one of the following options:

She was born Emma Patricia Chadwick on July 24, 1927, the daughter of John and Emma (Jorgensen) Chadwick in San Diego, CA, growing up with her 6 brothers, John William, Robert, Richard, Frank, James, and 3 sisters Betty Jane, Joan, and Janice.

Pat attended John Adams Elementary School and then graduated from Hoover High School in 1946. She worked at various jobs in San Diego until her marriage to Eugene Roehrich on May 1st, 1949. She was always by his side supporting him with love for 70 years. She was a devout Catholic all her life, being baptized and married in St. Didacus Catholic Church, San Diego, CA and most recently belonging to the Holy Trinity Church in El Cajon, CA. California was not always their home. After living several years in San Diego, CA, they moved and purchased Foster Lodge on Big Stone Lake, Minnesota, in 1964. They operated the lodge until 1967, deciding to return once again to San Diego. They returned for 1 year and then decided to move to South Dakota, where they purchased the HiWay Motel which they owned and operated until 1998. They also built and managed the HiWay Drive from 1973, until moving one more time back to El Cajon, CA where they were currently living. Pat loved cooking, canning, and making candy for the holidays. She loved to go play Bingo with her son and also loved fishing, taking many trips to South Dakota throughout the years to walleye fish, most recently in August, 2019 with her son, daughter in law, grand children, and great grand children.

We encourage you to share your most beloved memories of Emma here, so that the family and other loved ones can always see it. You can upload cherished photographs, or share your favorite stories, and can even comment on those shared by others.

Plant a Tree in Memory of Emma
Plant a tree 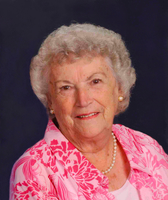