To share your memory on the wall of Robert Leif, sign in using one of the following options:

He completed his undergraduate work at the University of Chicago, and earned his Ph.D. at Cal Tech. He spent his lifetime doing biomedical research. Early in his career he worked at UCLA, and then USC before moving his family to Tallahassee, Florida to work in the Chemistry department at Florida State University. The early years of his work concentrated in separating cells using buoyant density and developing specialized ‘buckets’ to centrifuge cells. From Tallahassee the family moved to Coral Gables, Florida where he spent many years at the Papanicolaou Cancer Research Center and teaching as an associate professor at the University of Miami before working for the Coulter Corporation.

At Coulter, he worked on nearly every instrument produced. From fixing the optics to fixing the chemistry he improved both processes and products. An early adopter of the Ada programming language he foresaw many of the modern digital information products for the medical industry. In 1981 he proposed computerizing patient ID and records, but was told “easy and reliable manual systems exist” and thus there was no apparent market. The family moved to San Diego, CA where he continued his work with his company Newport Instruments.

A strong proponent of open standards, he was an outspoken voice on the Flow Cytometry Standards working groups. His last published paper is “ISAC Probe Tag Dictionary: Standardized Nomenclature for Detection and Visualization Labels Used in Cytometry and Microscopy Imaging” to be published in Cytometry later this year. He published more than 135 articles. He served on the editorial board of several scientific journals, and holds nearly 20 patents. His pioneering work included isolating the homeopathic stem cell, 5 BrDu, and developing tags for cells to facilitate automatic detection of cancer. If you have ever had a blood test or a Pap smear, you have benefited from his work in the detection of cancer from improved lab processing of samples.

While living in San Diego he served on several community planning boards. He was an outspoken advocate for the underserved in the community, lobbying for more public transportation to people in Logan Heights and south San Diego. He was also a voice against the pollution from diesel trucks along the I 5 corridor which severely impacts the respiratory health of those living near to the highway.

No flowers please. If you are so inclined, please make a donation in his name to the University of Chicago.
Read Less

To send flowers to the family or plant a tree in memory of Robert Cary "Bob" Leif, please visit our Heartfelt Sympathies Store.

Receive notifications about information and event scheduling for Robert

There are no events scheduled. You can still show your support by sending flowers directly to the family, or planting a memorial tree in memory of Robert Cary "Bob" Leif.
Visit the Heartfelt Sympathies Store

Posted Aug 05, 2020 at 07:20pm
Sorry for your loss. It's been a pleasure working with Robert on the planning group . He will be missed!
Comment Share
Share via: 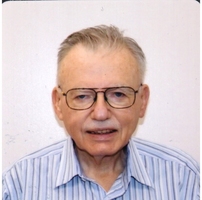