To share your memory on the wall of Alice Berridge, sign in using one of the following options:

Alice Watson Berridge died peacefully in her home at Belmont Village in San Diego, California, on May 23, 2020. Alice was born in 1923 at Fort Hamilton Hospital in Hamilton, Ohio, the third and youngest child of William Paul Watson and Emilie Wuichet Watson. She described her life as long and happy. As she said when asked, “I like to look on the bright side of life.” And she always did, even during the ongoing challenge of the Covid-19 pandemic.

Alice grew up during the Great Depression in Hamilton, graduated from Hamilton High, and received a degree in English from Miami University in Oxford, Ohio. When World War II began, she enlisted in the WAVES (Women Accepted for Volunteer Emergency Service), the Navy’s corps for women. As a WAVE, Alice taught aircraft identification at Hunter College in Manhattan. Recalling those interesting days when she lived in NYC, she always expressed guilt that she experienced the most exciting time of her life while others were fighting and dying in Europe and Asia.

Back in Hamilton after the war, Alice met Richard “Dick” Berridge, and they were married in 1948. They had four sons, which she always told skeptical audiences was exactly what she’d hoped for. When her boys graduated from elementary school, she earned a teaching certificate from Miami University and then taught junior high school English for several years. However, she said her real career was raising her boys, which she did warmly and cheerfully.

After Dick retired as an attorney and municipal judge, he and Alice traveled widely, including extended stays in the British Virgin Islands and New Zealand. At that time, travel to New Zealand was not as common as today, so for many Kiwis, she and Dick were the first Americans they had met since the end of World War II. Because the U.S. had protected New Zealand from invasion during the war, the people there gave “the Americans” a hero’s welcome, clamoring to invite them into their homes for dinner and express their warm appreciation.

When their traveling days were over, Alice and Dick moved to Winter Haven, Florida, for the warm winters, and years later they moved to San Diego to be closer to family. Alice was a longtime volunteer at Balboa Park and also made friends through bridge, which she played avidly and expertly. When Dick’s health declined, the two of them moved to Belmont Village retirement home, where she continued to play bridge. For many years Alice served on the Welcoming Committee, greeting new residents and introducing them to the Belmont community. Her sunny personality led her to make many new friends.

For many years, Alice has had weekly visits in person or on Skype with each of her four sons. She was an early adopter of all things tech, so Skype was not a problem for her. For her 95th birthday, her grown grandchildren planned a birthday celebration for her in San Diego and nearly the entire family attended.

To send flowers to the family or plant a tree in memory of Alice Watson Berridge, please visit our Heartfelt Sympathies Store.

Receive notifications about information and event scheduling for Alice

There are no events scheduled. You can still show your support by sending flowers directly to the family, or planting a memorial tree in memory of Alice Watson Berridge.
Visit the Heartfelt Sympathies Store

We encourage you to share your most beloved memories of Alice here, so that the family and other loved ones can always see it. You can upload cherished photographs, or share your favorite stories, and can even comment on those shared by others. 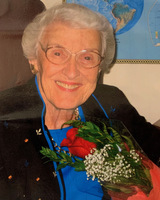