To share your memory on the wall of Angelo Ruta, sign in using one of the following options:

Print
Angelo Joseph Ruta was born December 6, 1932 in Auburn, upstate New York. The son of Italian immigrants, John and Angela. His father was a Captain in the Italian Navy.

“AJ” grew up a “country boy,” working on farms and playin... Read More
Angelo Joseph Ruta was born December 6, 1932 in Auburn, upstate New York. The son of Italian immigrants, John and Angela. His father was a Captain in the Italian Navy.

“AJ” grew up a “country boy,” working on farms and playing saxophone in the school band. He graduated West Auburn High School and entered the United States Air Force at 17. With a high school education, he aced the Air Force entrance tests, and passed the rigid mental and physical Air Cadet exams, -normally requiring 2 years college. His quick mind, awareness and reasoning earned him his Pilot’s wings at 19. He went on to earn the rank of Captain, where he and his crew of 5 flew the C-119 “Flying Boxcar” all over the world. At 26 feet high and 86 feet long his C-119 carried 67 combat paratroopers or almost 15 tons of cargo.

Stationed in Normandy, France, he flew Europe, the Middle East and North Africa. While at his base in France, performing the lead role in “Guys and Dolls,” he met and fell in love with the lovely Anne Macchitelli. Anne, with a Master’s degree in English from De Paul University Chicago, joined the Air Force as a children’s school teacher. Thus began a 63-year love affair.

AJ and Anne were married and soon returned to Auburn to start their new life together. Anne continued teaching, and AJ chose not to become a commercial airline pilot so that he could stay at home with his family. He continued to fly in the Air Force reserves.

A son John, arrived, followed by a daughter Joni a year later. Things were tough as Anne taught school and AJ enrolled in Syracuse University, earning a degree in Mathematics. To support his family, AJ unloaded railroad cars, worked on the farms, did factory work, mowed lawns and pumped gas. He also sold Encyclopedias door-to-door.

In 1958 AJ applied for a job as a janitor at General Electric in Syracuse. Upon seeing AJ’s Pilot and Math resume, they offered AJ a job as a computer programmer. AJ had 2 questions: (1) “Does it pay more than the Janitor job” and (2) “What’s a computer”?

Soon after, during the Cold War, General Electric’s “programmers” were tasked to create a program for intercontinental ballistic missile trajectories. AJ turned around a program in 3 weeks that was used by the US government until the 1970’s. AJ was promoted to Manager, and worked for General Electric another 6 years.

Another daughter Anne Marie was born, and later that year AJ moved to San Diego to work for the Control Data Corp, where the youngest son, Anthony soon arrived. AJ worked at Control Data another 18 years throughout the US, Europe, Russia, Israel and Australia. AJ had an uncanny ability to intuitively grasp a situation and formulate solutions. However his greatest gift, we believe, was his love for people, and his ability to teach and lead coworkers in an effective and unifying manner.

AJ loved music and loved to dance and sing. He especially enjoyed 1940’s, 50’s and 70’s tunes. He loved Italian music and was proud of his Italian heritage. In 1973 he became a founding member of the Italian Catholic Federation at St. Therese Parish. AJ and Anne were leading members for many years, hosting dinners and parish events for this hard-working ministry. He enjoyed the fellowship of this community and sustained meaningful friendships that lasted decades.

In 1984 Control Data sold its La Jolla Division and offered AJ a job in Minneapolis as a Vice President. AJ had a bold, better idea, and started MicroWest Software Systems, Inc. As President, CEO, and in his words, “chief bottle washer,” he led the company all the way to his passing, almost 36 years ago to the day, June 12, 1984.

MicroWest began with customers AJ developed in his role as Salesman. They built state-of the-art programs automating Power Plants and Refineries, and Weather and Medical programs. MicroWest pioneered the optical-storage “jukebox,” used for years at the San Onofre Nuclear power plant, as well as the “Magnapak” helical-scan tape backup.

In 1990, AJ, with the help of William T. Wright and Jim Henry, negotiated purchase of a company and its “AMMS” Advanced Maintenance Mgt System, which would define the future of MicroWest. MicroWest grew its client base to include some of the largest organizations, from the US Government to Visa Credit Cards, Walt Disney and Pixar.

AJ always said “our Employees ARE MicroWest,” and valued and enjoyed each of them. He faithfully arrived at MicroWest every day with a smile, even as he later struggled to climb the stairs. “How lucky I am to get to work with my family,” he always said.

A devout Catholic, AJ loved his family above all else. AJ was overwhelmingly generous and thoughtful. His wit and sense of humor was contagious, and his guidance and wisdom was constant. He shared his knowledge gladly and with humility.

In our eyes there could not have been a more loving and supportive father. He gave his family everything. He will always be “The Giving Tree” to us.

May God Bless and Watch Over our beloved AJ
Read Less

To send flowers to the family or plant a tree in memory of Angelo Joseph Ruta, please visit our Heartfelt Sympathies Store.

Receive notifications about information and event scheduling for Angelo

We encourage you to share your most beloved memories of Angelo here, so that the family and other loved ones can always see it. You can upload cherished photographs, or share your favorite stories, and can even comment on those shared by others.

Melvena and Jeff sent flowers to the family of Angelo Joseph Ruta.
Show you care by sending flowers

Posted Jun 22, 2020 at 06:38pm
My thoughts are with all of you during this time. I am so sorry for your loss. Wishing you strength and peace during this hard time.

Posted Jun 12, 2020 at 08:23pm
Please accept our most heartfelt sympathies for your loss... Our thoughts and prayers are with you during this difficult time. 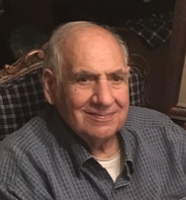 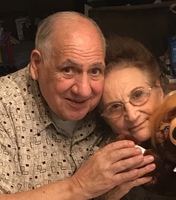 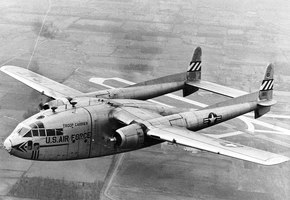 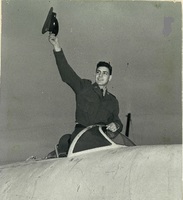