To share your memory on the wall of Antonino Russo, sign in using one of the following options:

To send flowers to the family or plant a tree in memory of Antonino Russo, please visit our Heartfelt Sympathies Store.

Receive notifications about information and event scheduling for Antonino

We encourage you to share your most beloved memories of Antonino here, so that the family and other loved ones can always see it. You can upload cherished photographs, or share your favorite stories, and can even comment on those shared by others.

With Love, Terri Wyatt & Dave Gagne sent flowers to the family of Antonino Russo.
Show you care by sending flowers

Posted Aug 27, 2020 at 12:39pm
We are so very sorry for the loss of your father Roe. Your wonderful family had such a great connection and close relationship with your parents that we can only imagine what a huge sadness you're all experiencing. Our prayers and caring thoughts are with you all at this time of enormous grief. The loving tribute of Nino's very impressive and interesting life demonstrates an amazing life filled with adventure, courage, hard-work, spiritual dedication and great love. I recall enjoying the wonderful food at the Italian Deli and restaurant in North County, not knowing I would come to know Paul and Rosalie years later after experiencing such caring experience at your family restaurant. Take care of each other and stay healthy. Love, Terri Wyatt & David Gagne.
Comment Share
Share via:
WG

Posted Aug 27, 2020 at 11:58am
Our thoughts and prayers are with you. May all the wonderful memories of Nino help your entire family in this time of great loss and grief.

Flowers were purchased and a memorial tree planted for the family of Antonino Russo. Send Flowers 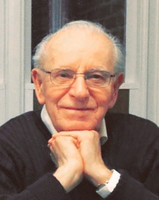