To share your memory on the wall of Carl Gottwald, sign in using one of the following options:

Print
Carl Hans Gottwald was born at home on December 19, 1923 in San Diego, CA, the first of four children born to Karl Wilhelm and Anna Katie Gottwald, emigrants from Germany. He died at home on September 3, 2020, at the age of 96.

An intel... Read More
Carl Hans Gottwald was born at home on December 19, 1923 in San Diego, CA, the first of four children born to Karl Wilhelm and Anna Katie Gottwald, emigrants from Germany. He died at home on September 3, 2020, at the age of 96.

Carl was commissioned as an officer with the U.S. Army Air Force on February 10, 1943, immediately following his high school graduation. At the height of World War II, he attended UC Berkeley’s and Yale University’s meteorological training and officer programs through November 1944. In December 1944, he commenced service as Assistant Officer-in-Charge of the Long Beach Army Airways Communications System (AACS) Detachment. Later, he was stationed in Bremen, Germany, as the Operations Officer for the 134th AACS Squadron, providing supervision of navigational operations detachments in Germany, Norway, Denmark, Sweden, and Belgium. After a period of honorable service, Carl separated from the U.S. Army Air Forces on July 19, 1946, as a First Lieutenant.

A student of life, however, Carl was known for immersing himself whatever topics interested him, resulting in lifelong hobbies, including amateur radio, computer construction and programming, ballroom dancing, bicycling, and car collecting. An avid traveler, Carl visited West Germany and other parts of Europe with his brother, Bill, and sister, Katie Gertrude, his favorite travel companions. In recent years, he traveled to Alaska and Hawaii with family.

Following his graduation from UC Berkeley, Carl worked for decades in military, government, and civilian aerospace engineering systems with Ryan Aeronautical, a San Diego-based aerospace company that merged with Teledyne in the late-1960s to become Teledyne Ryan. His pride at the company was work on the digital doppler that was part of the Apollo Lunar Landing, as well as other space-bound apparatuses. Exhibits based on his work at Ryan Aeronautical and Teledyne Ryan were displayed at the Smithsonian Air and Space Museum and remain part of their permanent collection in Washington, DC. He retired in 1995 after 45 years of employment.

Until recently, Carl lived at the family’s property that dated back to the 1920s. The home on the property, built by Carl for his mother, still stands at the corner of 50th Street and University Avenue in San Diego.

Carl was preceded in death by his parents, Karl Wilhelm and Anna Katie Gottwald, his sisters, Katie Marguerite Gottwald, who died in infancy, and Katie Gertrude Darland, and a great-nephew, Kyle James Barron.

To send flowers to the family or plant a tree in memory of Carl Hans Gottwald, please visit our Heartfelt Sympathies Store.

Receive notifications about information and event scheduling for Carl

There are no events scheduled. You can still show your support by sending flowers directly to the family, or planting a memorial tree in memory of Carl Hans Gottwald.
Visit the Heartfelt Sympathies Store

We encourage you to share your most beloved memories of Carl here, so that the family and other loved ones can always see it. You can upload cherished photographs, or share your favorite stories, and can even comment on those shared by others. 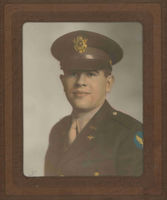