To share your memory on the wall of Frank Williams, sign in using one of the following options:

Also was Airman of the year in 1970 for his efforts in entertaining the troops, state side with his Air Force Band.

Frank was a music director for the Welsh Choir of southern California, Performed at the National Cathedral in Washington DC, The state Capital in Harrisburg Pennsylvania. Also toured the Pacific Northwest, Washington and British Columbia. Choir director for the German Choir of El Cajon, St Paul's united Methodist church in Coronado, and St. Marks united Methodist Church S.D. performing at Carnegie hall in New York. He Also worked with the children choir.

Frank worked at Point Loma Nazarene University in Financial aid and retired in 2014 after 8 years at Grossmont College as a Financial Aid Supervisor.

Frank is survived by his siblings in PA; three brothers Ben, Ken and John Williams; and one sister Elizabeth Stank.
Read Less

To send flowers to the family or plant a tree in memory of Frank E. Williams, please visit our Heartfelt Sympathies Store.

Receive notifications about information and event scheduling for Frank

There are no events scheduled. You can still show your support by sending flowers directly to the family, or planting a memorial tree in memory of Frank E. Williams.
Visit the Heartfelt Sympathies Store

We encourage you to share your most beloved memories of Frank here, so that the family and other loved ones can always see it. You can upload cherished photographs, or share your favorite stories, and can even comment on those shared by others.

Posted Nov 16, 2020 at 04:18pm
So sad to see this! Frank hired me as a student worker at Point Loma, which directly lead to my current career of 15 years. He recruited me for his Handbell choir, so I got to benefit from his discerning musical ear! We've lost a unique, caring and truly talented individual. My prayers are with Tony and the whole family.

Posted Nov 13, 2020 at 04:38pm
A kind and loving friend and neighbor. Frank always met us with a smile and friendly wave. He will be truly missed.
Comment Share
Share via:
MW 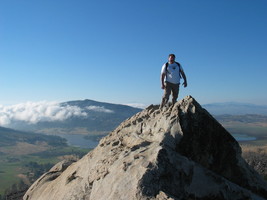 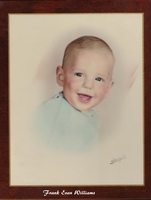 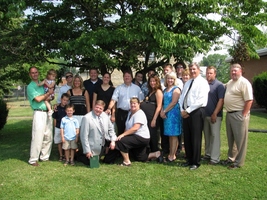