To share your memory on the wall of Joel Petoff, sign in using one of the following options:

At the age of 21 he was called to serve in the Army. His deployment to Vietnam as a radio communications technician earned him several medals of commendation. As a naive know-it-all New Yorker, his indoctrination into the service was filled with funny stories and many forced pushups. He had great pride in being part of the Armed Forces during a time of war and returned a stronger person.

Joel was a devoted husband and father to his three kids Jesse, Scott and Heather. When first married he worked two jobs, sacrificing sleep in order to put food on the table. Luckily the phone company came calling. He spent 32 years ensuring the phones in Brooklyn kept on ringing while making many lifelong friends before retiring in 2001.

He loved seeing Broadway shows, taking the kids to Disney, feeding the squirrels (he claimed they kept him in business by biting the telephone lines), watching the Yankees, spending time with friends at sea and dancing to the music. Always the life of the party, he loved telling jokes and being the center of attention while making sure that everyone had a good time.

After Sara passed away, he moved to California to be closer to his family and first grandchild. Having always hoped for a redheaded child, Joel was delighted to get two redheaded grandchildren, Max and Scarlett. His family will keep his sense of humor, life experiences, and happy memories in their hearts and minds.

Veteran burial service is on Tuesday, March 3rd at Miramar National Cemetery in San Diego. In lieu of flowers, a donation to the AFTD(https://www.theaftd.org) in his honor would be most appreciated.
Read Less

To plant a memorial tree in honor of Joel Petoff, please visit our Heartfelt Sympathies Store.

We encourage you to share your most beloved memories of Joel here, so that the family and other loved ones can always see it. You can upload cherished photographs, or share your favorite stories, and can even comment on those shared by others.

Posted Mar 09, 2020 at 02:08am
Joel was a wonderful person. He loved friends and his family. He loved to go on joyrides,movies,to have a friend that enjoy joel.
Comment Share
Share via:
R

Posted Feb 27, 2020 at 06:54pm
I cherish the cards and words you alway told me you are the best you will never be replaced
Comment Share
Share via:
R

Posted Feb 27, 2020 at 06:53pm
Joel you were always a special part of my life I thank you for all the great times and you always being there for me I love ya with all my heart I miss you already Your buddy forever Ralph
Comment Share
Share via: 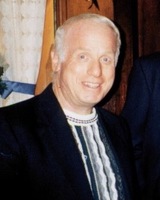