To share your memory on the wall of John Barone, sign in using one of the following options:

Provide comfort for the family of John Barone with a meaningful gesture of sympathy.

Print
It was with a heavy heart that we said goodbye to John Michael Barone on March 9, 2020. He was born in San Diego to Nelly and Mario Barone on January 23, 1972, baby brother to Mario, George, and Elizabeth.

John attended St. Pius X School... Read More
It was with a heavy heart that we said goodbye to John Michael Barone on March 9, 2020. He was born in San Diego to Nelly and Mario Barone on January 23, 1972, baby brother to Mario, George, and Elizabeth.

John attended St. Pius X School and Hilltop High School in Chula Vista. He played football, track and basketball with the Hilltop Lancers but he loved football most of all. He showed incredible skill and love for the sport and his teammates. His feats on the field are still talked about today. After high school John attended Southwestern College then transferred to Cal Poly San Luis Obispo where he earned a degree in Forestry and Resource Management. After graduating from college he returned to San Diego where he worked as a park ranger for over twenty years at various parks including Rohr Park, the San Dieguito River Park, Balboa Park, Mission Trails Regional Park, and Otay Valley Regional Park. In September 2016 he promoted to a senior planner position with the City of San Diego. John’s love for the outdoors was evident in the passion he brought to his work whether it was restoring trails, connecting with community members, meeting with local elected officials, or simply removing trash from his park.

John met his wife, Monica Alfaro, in 1999 at the Tijuana Estuary where he completed an internship. They married in 2002 and had two sons who were the center of his world. He and his wife passed on their love for nature and the outdoors to their sons. Family vacation destinations were always to state or national parks. John encouraged the boys to enjoy the smells, sights and sounds during hikes and was very patient when extra breaks were needed during a hike or a long drive.

John had many virtues and loved building and creating. At home, John created a beautiful backyard for his family to enjoy; it was a place of retreat and joy. He enjoyed coaching his sons’ basketball team and participating in school volunteer events. In short he loved to give.

John’s courage and strength during his fight amazed us all, his love for everyone around him shone through even on the darkest of days. He became close friends with his nurses and doctors, he loved them and they loved him in return. He never feared or lamented but made the most out of each day and every moment. We will forever remember his ability to find beauty in every day and seize each moment with love and joy. John’s resolve to always do and give his best is his legacy. His unfettered and transcendent love for his family and friends is the gift he left us. A gift that we will hold tightly until we see him again.
Read Less

To send flowers to the family or plant a tree in memory of John Michael Barone, please visit our Heartfelt Sympathies Store.

Receive notifications about information and event scheduling for John

We encourage you to share your most beloved memories of John here, so that the family and other loved ones can always see it. You can upload cherished photographs, or share your favorite stories, and can even comment on those shared by others.

Posted May 22, 2020 at 03:05pm
John, you will be missed. All my love and prayers to your family. May your spirit be felt through the breeze blowing through the trees. RIP

Posted May 22, 2020 at 01:50pm
I met John through the OVRP, he was the heart and soul of that park, and always will be! He is gone too soon. I think the only thing he loves more than that park was his family, his wife and boys, his mom, and siblings. We would talk family when we didn’t talk about the park. I will miss the times we shared. May God Bless and Keep you, Rest In Peace my friend, till me meet again.
Comment Share
Share via:
H

Posted Mar 19, 2020 at 09:13pm
Anyone who has been in John's company knows that he was a gem! John's family and friends know what a wonderful, fun, devoted (son, brother, husband, father, etc) man he was. The communities he served for years in the City of San Diego know they had a dedicated, friendly, smart, hard working man who had a deep appreciation for service to others and the great outdoors. John left an impression on everyone in his path, he was such a happy, great spirited guy who I will always think fondly of and miss. I am sad for so many people's loss as he blessed so many lives but I am happy that I was in his path and feel grateful to have known and worked with him. He was taken too soon and I always like to think there is a reason for everything but this one has been hard to reckon with as he leaves his beautiful wife and sons behind. John's legacy will live on through them and through all of us that knew and loved him for all of his great attributes. Rest in Peace John. I am praying that everyone that knew and loved John will be comforted by the many happy memories he left us with and everyone will honor John by going on that hike, camping, planting a tree, being one with nature, volunteering at a Park, preserving our natural resources in some way. John would be proud.
Comment Share
Share via:
CE

Posted Mar 17, 2020 at 06:00pm
My deepest condolences to your family. I just learned about his passing while visiting my family in the Virgin Islands. I was shocked to hear of his passing. I worked with John while at Montgomery Waller and he visited in-between his shifts at work. At times coordinating projects. He was such a sweet, amazing kind soul. John and one other person would call me Espi and he would always ask how I was. We had so many short chit chats and shared family values. Thank you for sharing John with the Park and Recreation Family. He will be forever in my heart until we meet ago. May God grant you comfort during this difficult time. 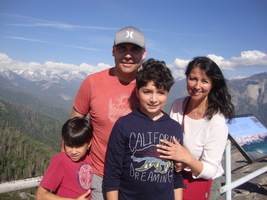 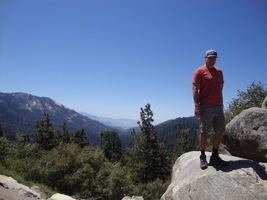 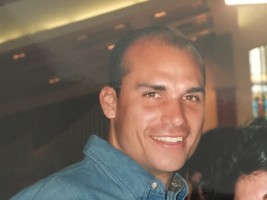 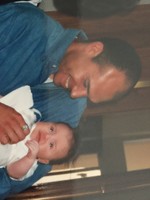