To share your memory on the wall of Leatrice Blesser, sign in using one of the following options:

Lee was always a lover of the arts. She regularly attended ballet and opera and was passionate about music, especially musicals and show tunes. Lee's love of theater and film led her to star in many community productions. She was even a popular and praised actress well into her eighties in the theater group in her senior community. Lee's talent extended to dancing so that at family gatherings she and Bill Blesser were known for "cutting a rug" and were nicknamed Fred and Ginger. She was also an avid reader and was passionate about politics. Lee was active and youthful throughout her life and did yoga for many years.

Lee formed many cherished long term friendships. She was a devoted mother and sister and adored her family and warm, extended family, who used any excuse to gather, especially at a restaurant. Lee's closest friends and her family affectionately knew her for her flair for bargain hunting, her sharp wit and her carrying and offering a hard boiled egg! She will be terribly missed by so many... her friends, her audience and her loving family.
Read Less

To send flowers to the family or plant a tree in memory of Leatrice Blesser, please visit our Heartfelt Sympathies Store.

Receive notifications about information and event scheduling for Leatrice

There are no events scheduled. You can still show your support by sending flowers directly to the family, or planting a memorial tree in memory of Leatrice Blesser.
Visit the Heartfelt Sympathies Store

We encourage you to share your most beloved memories of Leatrice here, so that the family and other loved ones can always see it. You can upload cherished photographs, or share your favorite stories, and can even comment on those shared by others.

Posted Sep 26, 2020 at 09:56am
Our heartfelt condolences to Bonnie, Nick and Stephen. Lee was such a beautiful soul and will always be in our hearts. Heaven must have gained another angel in heaven.
With love and prayers, Jeanette and Janelle
Comment Share
Share via:
CH

Bonnie, we send our sincere condolences.

I'm so grateful you got to spend her final years together in CA.

thanks for your kind words 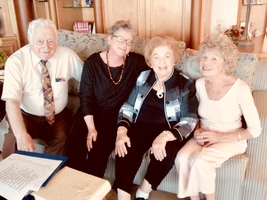 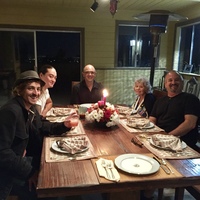 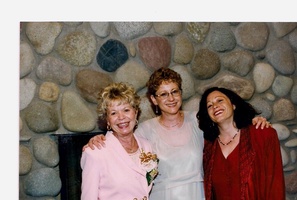