To share your memory on the wall of Marjorie Benson, sign in using one of the following options:

She soon met her future husband Arvid Benson, who was instantly enamored by her beauty and her feisty but also loving personality. They were married on September 21, 1957 in Barnum, MN. The couple then moved to San Diego, CA in 1959, as they were seeking to broaden their horizons. When Arvid was hired by Imperial Savings, the two decided to put down roots in the Golden State. She and Arvid raised 3 children: Scott, John, and Lisa. A stay-at-home mother until her children were grown, Margie was an excellent cook and loved cooking for her family. Her favorite dishes to make were pot roast and apple pie. Family get-togethers with her parents were also a frequent and beloved activity. She later attended community college and worked for the San Diego Community College District, retiring in 1996.

Margie was passionate about travel and adventure, especially RV travel. She and Arvid explored the United States for 24 years, visiting the 48 contiguous states. They were members of the Snowbird Travel Club. Margie’s favorite travel experience was spending time in the stunning mountains of Colorado, particularly in the summer and fall, when Colorado's epic landscapes are at their peak. Other highlights of their travels included enjoying Maine's beautiful autumn trees and, of course, feasting on its famous lobster, as well as spending time in Yuma, AZ with their many friends at the country music dance halls. In recent years, as traveling became increasingly more difficult, she took up the entertaining hobby of hummingbird feeding, often spending hours enjoying the lively birds’ company.

At the age of 82 Margie passed away on July 13, 2020 at home with her husband by her side. She was a loving wife of 62 years, mother, grandmother, and great grandmother. Margie was preceded in death by her parents, Ruth and Howard Leffler. She is survived by her husband, Arvid Benson, sister Gloria Krohn, son Scott (Marni) Benson, son John (Roberto) Benson, daughter Lisa (Joseph) Kuharski, grandson Christopher (Beth) Benson, granddaughter Laurel Benson, grandson Brandon Kuharski, grandson Stephen (Caroline) Berndt, grandson Ryan (Mary) Berndt, and grandson Michael Berndt, as well as eight great grandchildren: Cooper, Nolan, Bailey, Audrey, Carter, Juliet, Sutton, Lily, and nieces and nephews and a brother-in-law. A private memorial service was held at Featheringill Mortuary with her final resting place to be at the Riverside Cemetery in Barnum, MN.
Read Less

To send flowers to the family or plant a tree in memory of Marjorie Eleanor Benson, please visit our Heartfelt Sympathies Store.

Receive notifications about information and event scheduling for Marjorie

There are no events scheduled. You can still show your support by sending flowers directly to the family, or planting a memorial tree in memory of Marjorie Eleanor Benson.
Visit the Heartfelt Sympathies Store

We encourage you to share your most beloved memories of Marjorie here, so that the family and other loved ones can always see it. You can upload cherished photographs, or share your favorite stories, and can even comment on those shared by others.

Posted Jul 17, 2020 at 01:53pm
We're sharing in your sorrow with love and friendship. Please accept our deepest condolences. The Executive Team at Certainty Home Loans.

Peace Eternal Wreath was purchased for the family of Marjorie Benson. Send Flowers

Flowers were purchased for the family of Marjorie Benson. Send Flowers 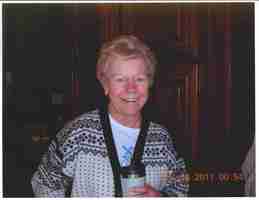 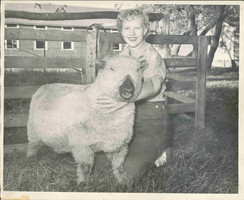