To share your memory on the wall of John Scharpf, sign in using one of the following options:

An obituary is not available at this time for John Scharpf. We welcome you to provide your thoughts and memories on our Tribute Wall. To plant a tree in memory of John Scharpf, please visit our Heartfelt Sympathies Store.

We encourage you to share your most beloved memories of John Scharpf here, so that the family and other loved ones can always see it. You can upload cherished photographs, or share your favorite stories, and can even comment on those shared by others.

Gary and Joanne Staats purchased flowers for the family of John Scharpf.

Posted Mar 18, 2020 at 01:19pm
To Dylan and Seth,
I first met your parents in the cultural hall for a 7th ward event and instantly loved them both! John was engaging, interested in others and smiled easily and often. He was a good listener with a great sense of humor. After you guys both came along, I got to see him as a dad. His quiet love for you both was always evident (as was his apparent patience with two busy boys!!). I am so sorry to you both for your loss, and can't imagine how this loss will affect the rest of your life. I do know that he loves you still and will be with you always in spirit. I also know that there are many around you who love you and are here to support you in whatever way we can. Your father will be missed but never forgotten! Wendy Neri
Comment Share
Share via:

Posted Mar 17, 2020 at 07:25pm
To Dylan and Seth, I'll never forget taking Braxton (still a baby at the time) to the park near our house on Santa Clara Point, Mission Beach which is a very low key park. As I walked up I saw your dad John sitting inside the tiny enclosed toddler picnic table with you two. Your dad didn't realize we were approaching him and I noticed he had an awe on his face as he watched you two play together on the other side of the table. I could definitely tell he was in his happy place watching you guys play together. What a great dad I thought especially as he was explaining to me his predictions of how big you guys are going to get.
I always enjoyed seeing him at church and we would always greet each other. The news was quite the shock and he will be missed. It comforts me to know he was a man of Christ.
Scott Bishop
Comment Share
Share via:
JK

Posted Mar 17, 2020 at 03:34pm
What a great father John was to his boys! Lots of special memories to hold onto about their dad. He will be greatly missed!
Comment Share
Share via:
SS

John was a big man with a big presence. He was outgoing and loved to meet new people in the neighborhood, at work and wherever he found himself each day. He was a hardworker always with a vision and a plan. His dream was always to live near the ocean and little by little, this man who dropped out of high school in Oklahoma, achieved that. He was always inspired by a high school coach who had taken him under his wing, and it became his dream to follow in his footsteps. He worked hard, got his GED, went back to college at 27 and became a P.E. teacher and a coach. He played football and golf in college at Southeastern Oklahoma State University in Durant, Oklahoma, drove a school bus and mowed lawns to pay the bills, and became the first in his family to receive a Bachelor’s degree. He got a job teaching in Sherman shortly after graduation and loved every minute of being with the kids. He always said “I play games for a living” and that was how he saw it. He loved it.

There’s only one thing John loved more than teaching, and that was his family. John was a devoted father. In 1982, John had a son from his first marriage, Edward Martin Scharpf (Marty) and loved spending time with him. His kids were his world. In 1998, John married Susan Dianne Baker in Irving, Texas on July 4th. On July 17th, they packed up and moved to California so Susan could attend graduate school. John made the goal to get his Master’s degree. He attended night school four nights a week for a year and received his M.A. in Education in June 2001. From there, the goal was to have kids together. After years of trying unsuccessfully and several heartbreaks, they were able to adopt a son, Dylan John Scharpf. Four years later, through a series of little miracles, they were able to adopt Seth Baker Scharpf. These boys became his life and he spent every minute he could with them. As a P.E. teacher, he had the perfect personality for raising young boys. Always active, always playing with them, always coming up with fun new games. He taught them to surf, took the on many walks and bike rides, spent hours at the park and in the yard playing soccer or throwing a football or shooting baskets. Remote control cars, airsoft guns, darts, amusement parks, Monster Jam, Motocross events, street fairs, carnivals, parades, hikes, not to mention homework and reading….you name it, he’s done it with the boys. He was affectionate with them. They couldn’t get enough of their daddy.

His friends will also tell you that he was known for his bear hugs. He had big hands and grown men would often mention how their own hands were swallowed up in his handshakes. He was quick with a hug or a smile. He was known for showing up to the beach or any gathering fully stocked and prepared with the best toys, the biggest shovel, the wagon full of supplies and always grabbing the best parking spot even on the busiest day at the beach. It was a running joke that he made us look lazy because we would all show up to a family reunion to relax and he would wake up early, mow the grass so the kids would have a nice yard to play in, or draw a soccer field on the beach or dig a big sofa seat in the sand so we could all sit and watch the kids. He was always out in the water with the kids, not just his own, but everyone else’s teaching them and playing with them.

We will all miss him dearly. John’s death was very unexpected. He went out for one of the thousands of runs he’s taken over the years and collapsed from a heart attack. He was taken to Scripps Memorial Hospital where he was pronounced dead about an hour and a half later.

John was preceded in death by his mother Linda Marie Pope and his father Martin John Scharpf. He is survived by his wife, Susan Baker Scharpf and their two sons, Dylan John Scharpf (10) and Seth Baker Scharpf (6) of San Diego, CA; his son Marty Scharpf of Tulsa, OK; his sisters, Ruth Sullivan of Norman, OK; Cindy Gibson of Shawnee, OK; Becky Hill of Crosby, TX, and his brother Raymond Scharpf of Blackwell, OK.

Services will be held this Saturday, March 21, 2020. Due to the all the changes with the coronavirus and how it’s affecting gatherings, we are reviewing how to best hold his services. We are sad to not be able to celebrate in the way that we felt would honor him best, with all his teacher friends and students and many other close friends and family present, but that has become impossible. We are still making decisions on the arrangements. As soon as I have full details, I will update them here. Burial will still be help at 2pm on Saturday March 21st at Singing Hills Memorial Park in El Cajon.

The one thing we would love as a family, especially in light of having to change the funeral service, is any cards and letters for Dylan and Seth (either separately or together) sharing thoughts and/or stories of their dad and how he impacted your life. They have received a few already and have been pouring over them. Please send them to them or just to The Scharpf Family at 4766 Olney St., San Diego, CA 92109. This is the thing that will mean the most to them now and in years to come. What a beautiful tribute! We will always remember how much fun it was spending time with John, especially at the park or the beach. He really did always have the best toys and games. When I think of John I will always remember him with a hat and sunglasses on his head and a huge smile on his face!
LH

Truly a BEAUTIFUL legacy John has passed on to his family , friends & anyine blessed to cross his path!! 💕 I loved that no matter whether work or play he was ALWAYS able to flash his warm, contagious smile!! 😁 He was 100% and inspired others to follow his example!!
L

The most beautifully and heartfelt written tribute Honoring Seth n Dillon’s Dad. We always had the best time at your guys parties and gatherings. He will be missed by many in this world. What a legacy living his best life and sharing that love of life with his Sons. Love you all. 🥰♥️🥰
3 Comments | Show All 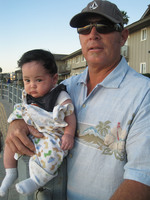 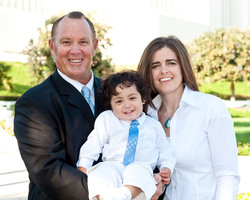 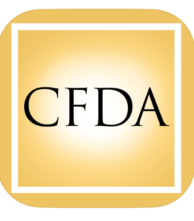