To share your memory on the wall of Robert Smith, sign in using one of the following options:

A hunter most of his life, after retiring in 1995, he took up bird hunting and acquired the first of his four beloved hunting dogs. He subsequently became active in and took on leadership roles in the San Diego Chapter of NAVHDA, the San Diego County Wildlife Federation, the Jr. Pheasant Hunt, and the San Diego Chapter of the Safari Club. He believed in and worked tirelessly until his death for the preservation of hunting rights and conservation of wildlife, and to expand interest in hunting, shooting sports and wildlife conservation.

He loved being outdoors, whether hunting, training his dogs, camping, hiking, or just viewing wildlife. When he wasn’t doing something outdoors or working on a project for one of the many organizations he belonged to, he would relax by spending time at his cabin in the Northern Sierras, walking the dogs, working on computer programs for his simulated vintage computer, watching movies, or visiting with friends.

He approached his death like he did most things in his life – rationally and with dignity. He said “I have had a good 77 years with no regrets.”

He was very much loved and respected by his family and many friends, and by those who had the privilege of working with him. He will be missed by so many

Bob was preceded in death by his son Aaron, and is survived by his wife of 42 years, Jacqueline, two sons Robert Jr. and Spencer (Christina), grandson Robert III, step-grandson Jarrett, step-great-granddaughter Natalia, and sister Patti, all of San Diego, and his brother Barry (Barbara) of Sparks, NV.

Memorial gifts can be made to St Vincent de Paul, any hunting or wildlife conservation fund, or to the Robert Smith Adventure Wilderness Leadership School (AWLS) scholarship fund - mailing a check or money order made out to "San Diego County Wildlife Federation" with "R. Smith AWLS Scholarship Fund" in the memo line to:

A Celebration of Life will be held Sunday March 8, at 1 PM at the Thursday Club, 1224 Santa Barbara St., in Pt Loma.
Read Less

There are no events scheduled. You can still show your support by sending flowers directly to the family, or planting a memorial tree in memory of Robert Raymond Smith.
Plant a Tree

Posted Feb 11, 2020 at 04:42pm
Bill and I so enjoyed serving on the board of San Diego SCI when Bob was president. He was always eager to serve the chapter in any capacity and truly made our chapter successful. It will not be the same without him. Our sincere condolences to Jackie and all of Bob’s family. A gentle, giant of a man has passed on to a glorious eternity.
Comment Share
Share via:
H

Posted Feb 11, 2020 at 04:28pm
This is the saddest of times. There was no one else like Bob. His intelligence and gentle humor were truly one-of-a-kind.
We're so very sorry for your loss, Jackie. We will both miss Bob so much, and treasure the memories we have of enjoying his company over the many wonderful trips and events we all shared through the years.
Much love,
Tom and Laura Hampton
Comment Share
Share via: 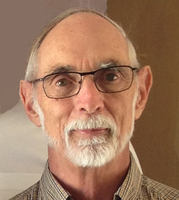