To share your memory on the wall of Rosalie "Gerda" Dostal, sign in using one of the following options:

Provide comfort for the family of Rosalie "Gerda" Dostal with a meaningful gesture of sympathy.

Print
On Wednesday, March 25, 2020, Rosalie “Gerda” Dostal, loving mother of four and grandmother of six, passed away peacefully at the age of 87.

Rosalie was born on June 26, 1932 in Amsterdam, Holland to Israel and Magdalena (Kaufmann) V... Read More
On Wednesday, March 25, 2020, Rosalie “Gerda” Dostal, loving mother of four and grandmother of six, passed away peacefully at the age of 87.

Rosalie was born on June 26, 1932 in Amsterdam, Holland to Israel and Magdalena (Kaufmann) Van Moppis. Looking for adventure, she took a steam ship to the United States, arriving in New York on June 9, 1958. From there, she moved to California, which was her home for the next 52 years. On June 19, 1959, she married Vladimir Frantisek Dostal in San Francisco, CA. They raised four children, Milada, Tamara, Frank, and Yvonne. Rosalie was a loving grandmother to Joshua and Jessica Senna (Milada), Sean and Sierra Quezada (Yvonne), and Max and Maya Dostal (Frank).

Rosalie was an avid rower. In her youth, she rowed with the Poseidon Rowing Club in Amsterdam, where she formed many friendships that lasted a lifetime. After moving to California, she continued to row, joining clubs in both Marin County and San Diego. She was a passionate traveler and loved to learn about the cultures of the world, getting to know the locals wherever she travelled. In addition to traveling abroad, she hosted many visitors as a member of the Friendship Force and volunteered at the San Diego Airport. She also volunteered for the Suicide Prevention Hotline and Hospice.

She was a voracious reader and when not reading, she was likely playing bridge. But her greatest love was spending time with her children and grandchildren who will all miss her dearly.
Read Less

To send flowers to the family or plant a tree in memory of Rosalie "Gerda" Dostal, please visit our Heartfelt Sympathies Store.

There are no events scheduled. You can still show your support by sending flowers directly to the family, or planting a memorial tree in memory of Rosalie "Gerda" Dostal.
Visit the Heartfelt Sympathies Store

We encourage you to share your most beloved memories of Rosalie "Gerda" Dostal here, so that the family and other loved ones can always see it. You can upload cherished photographs, or share your favorite stories, and can even comment on those shared by others. 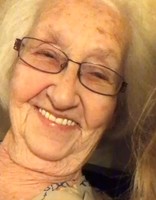 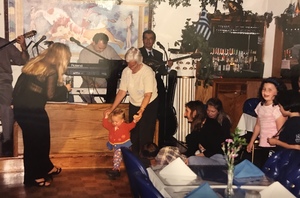 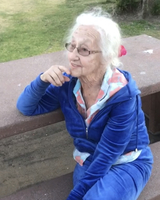 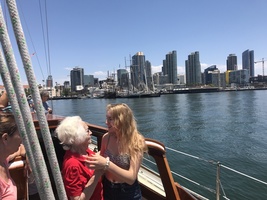