To share your memory on the wall of Sam Adrignola, sign in using one of the following options:

Provide comfort for the family of Sam Adrignola with a meaningful gesture of sympathy.

The facts of Sam Adrignola’s life are like reciting a roadmap of history:

- Oldest of four children in an Italian-American family that struggled for survival during the Great Depression.
- First Italian... Read More
Sam Adrignola

The facts of Sam Adrignola’s life are like reciting a roadmap of history:

- Oldest of four children in an Italian-American family that struggled for survival during the Great Depression.
- First Italian accepted into the Swedish run tool-and-die industry in Rockford, Illinois.
- Served in the Army Air Corps as a navigator on B-29’s during World War II and the Korean War flying 54 missions and retiring from the Air Force as a Lt. Colonel.
- While working and raising a family he earned a degree in Engineering from San Diego State University.
- Led the team that invented the antenna system that allowed the Lunar Landing Module to land on the moon.
- Married to his childhood sweetheart, Anna Tangorra for seventy-four years.
- Father of five children: Diana (Bob), Carl (Sherry), Steven, Lucia, and Angela (Kirk).
- Grandfather of nine: Jennifer (James), Matthew (Blair), Michael (Kim), Nicholas, Tony, Samantha (Max), Amanda, Krissy (Danny), Laura (Darnay).
- Great Grandfather of Lance, Sedona, Harlow, Aston, Leia, Tobias, Micah, Aviana, Piper and Chandler.

Facts alone don’t fully describe a man of Sam’s depth and love. He dedicated his life to his family, his God, and his country in that order. He repeatedly would marvel at how blessed he was and wouldn’t hesitate to tell you that his greatest success in life was his marriage and his family. Within his family he was known for his wisdom, optimism, good nature, and willingness to give you a straight answer. To all in his family, Sam was most importantly known as a source of unconditional love and support.

To those who met him, he was like the heat lamp that brightens your world and warms your being. And to all of mankind he is the symbol of what is the best in all of us, the best we can strive to be.

In lieu of flowers, a donation can be made to Rady Children’s Hospital via radyfoundation.org or your favorite veteran’s charity in his honor.
Read Less

To send flowers to the family or plant a tree in memory of Sam Francis Adrignola, please visit our Heartfelt Sympathies Store.

Receive notifications about information and event scheduling for Sam

We encourage you to share your most beloved memories of Sam here, so that the family and other loved ones can always see it. You can upload cherished photographs, or share your favorite stories, and can even comment on those shared by others.

Posted May 30, 2020 at 11:20am
I raise a cup of coffee to my dear friend. Always a kind word. Always a smile. Generous in every way. Sam will be in my heart forever.
Comment Share
Share via:
JT

Posted Apr 27, 2020 at 06:50pm
On behalf of the Talmadge Sisters, we send our love and appreciation for Sam's friendship and generosity to our community. 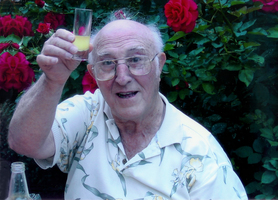 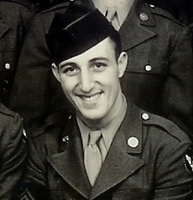 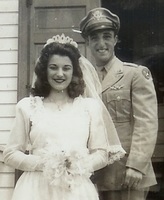 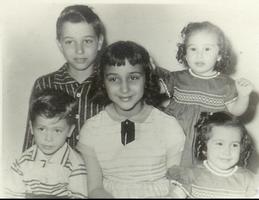