To share your memory on the wall of Timothy Teodoro, sign in using one of the following options:

Tim studied for two years at Bellevue Community College while working as a lifeguard at a county pool, playing soccer on the BCC team, and helping with the care of his grandmother. He transferred to Seattle University where he completed a degree in finance in 1999. At Seattle U. he was the student body assistant treasurer, a goalkeeper on the varsity soccer team, and captain of the swim team. He competed in a national championship swim meet and played on the team that won Seattle U.’s first national soccer championship in 1997. He spent his college summers coaching summer league swim teams. Tim was known in his own neighborhood as a “kid magnet,” because kids simply loved him. That has remained true all his life.

Tim moved to San Diego in 2004, having fallen in love with the California city when his college swim team traveled there for meets. In San Diego he learned the joys of surfing, fish tacos and reading. When he finally decided he needed a job, he was hired at Nordstrom where he sold shoes, made some great friends, formed helpful business connections, and met his future wife Lisa. He eventually moved into mortgage lending, first at America Funding and later at U.S. Bank where his combination of financial acumen, integrity, and interpersonal skills made him very successful.

He and Lisa were married on July 14, 2012. They have two children, Audrey Grace in 2013 and Hannah Faith in 2016. Tim’s lifetime ambition was to be a dad and there was no role in his life he valued more. He was totally devoted to his little girls and enjoyed being a really silly daddy. He composed silly songs, silly games, and all kinds of tricks to keep his little girls happy and entertained. He especially loved the evening bath and bedtime routine, jollying the girls through their baths and snuggling them down with books.

Tim was diagnosed with metastatic cancer in 2013, Since then, he sought every angle and avenue that would allow him to survive, more for the sake of his wife and daughters than for his own. He defied the odds time and time again, surviving seven years and maintaining a remarkably positive, optimistic attitude. When he had run out of options and faced his last days, Tim’s only thoughts were for his family. He is survived by his wife Lisa, his daughters Audrey and Hannah, his mother Dee, his father Rey, brothers Manuel and George, three nieces, and a nephew. And…more friends than one can count. Tim’s life was a blessing to all who knew him.

Memorial donations to Moores Cancer Center at UCSD in La Jolla to support cancer research can be made in memory of Tim. https://giveto.ucsd.edu/giving/home/add-gift
Read Less

To send flowers to the family or plant a tree in memory of Timothy Reynaldo Teodoro, please visit our Heartfelt Sympathies Store.

Receive notifications about information and event scheduling for Timothy

We encourage you to share your most beloved memories of Timothy here, so that the family and other loved ones can always see it. You can upload cherished photographs, or share your favorite stories, and can even comment on those shared by others.

Posted May 25, 2020 at 03:03pm
I find myself thinking of the terrible, comical short films we made in high school. Hilarious is the word I would use to describe Tim to a stranger. 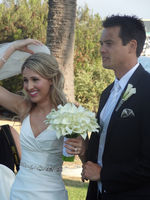 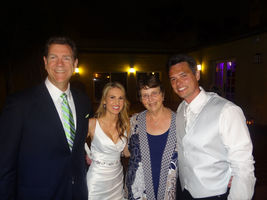 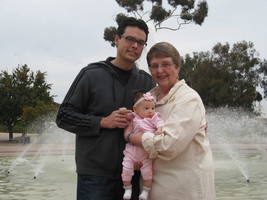 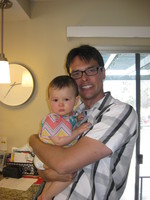