To share your memory on the wall of William Gottwald, sign in using one of the following options:

Like his older brother, Carl, Bill excelled in San Diego public schools – Euclid Elementary, Woodrow Wilson Junior High, and Hoover High School. He graduated San Diego State College with a Bachelor of Science in Mechanical Engineering. Bill served four years in the United States Coast Guard, where he graduated at the top of his class in the Coast Guard’s AE/AM “A” School for aircraft mechanics at the Naval Training Center in Memphis, TN.

Following his service in the Coast Guard, Bill pursued a career in mechanical engineering and spent much of the 1960s in West Germany working for Messerschmidt Aircraft. He also worked for Whittaker Corporation. Bill is listed as the primary author in patents issued in the mid-1980s for a mechanical absorption arm for the back of utility vehicles, a system implemented by Caltrans shortly thereafter. Around the same time, he was involved in the development of various systems tied to road construction and safety. He founded United Research and Manufacturing, Inc. in Costa Mesa, CA during the mid-1970s, a business that continues in Vista, CA.

Bill was an avid collector of classic vehicles and attended the Antique Auto Show of America’s October events in Hershey, PA annually until his health prevented his attendance. His collection ranges from a late-model Ferrari to 1930s-era Fords, Lincolns, Cadillacs, Packards, and Mercurys. He included, among his friends, several local legends in the classic car community – Ernie Follis and Dave and Debbie Clark. He was also an enthusiastic bowler with his brother Carl.

More recently, Bill enjoyed driving the cart and dog-sitting Wally while his nephew, Ron, and his nephew-in-law, Steve, played golf.

Beginning at age six, Bill fostered a love of travel when he joined his mother and sister, Katie Gertrude, on an extended trip to Germany to visit family. His mother fondly recalled chasing a young Bill on the ship’s deck to prevent him from falling over the edge. He spent subsequent decades traveling with his siblings. In 2012, he joined his brother and other family members on a cruise to Alaska and a tour of Denali National Park.

Bill was preceded in death by his parents, Karl Wilhelm and Anna Katie Gottwald, his brother, Carl Gottwald, his sisters, Katie Marguerite Gottwald, who died in infancy, and Katie Gertrude Darland, and a great-nephew, Kyle James Barron.

At this time, a private service will be held for immediate family with interment at Greenwood Cemetery. His family is incredibly grateful to the treatment provided by Marguerite and Julie at Boutique Care Management and his caregivers – Sandy, Luz, and Ben.
Read Less

To send flowers to the family or plant a tree in memory of William Gottwald, please visit our Heartfelt Sympathies Store.

Receive notifications about information and event scheduling for William

We encourage you to share your most beloved memories of William here, so that the family and other loved ones can always see it. You can upload cherished photographs, or share your favorite stories, and can even comment on those shared by others. 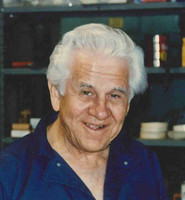